It’s not too often Facebook takes a firm stance against anti-police propaganda, but that’s precisely what they did on Thursday. And while sites that propagated violence against police weren’t the only ones to feel Facebook’s wrath, we aim to give credit where credit is due. According to the Washington Post, [Facebook] purged approximately 800 politically charged sites like “Cop Block” ahead of the 2018 midterm elections. 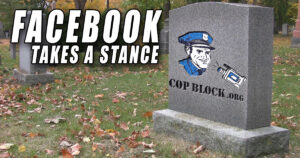 For those who aren’t familiar with “Cop Block,” its claim to fame was its ability to corral millions of cop-hating individuals across the world under the guise of police accountability. “Cop Block’s” daily posts consisted of ongoing police baiting to get officers to adversely react to any number of situations while secretly recording them, and gory depictions of murdered officers lying motionless in the streets. The irony behind Thursday’s announcement is that when thousands reported “Cop Block” posts to Facebook, somehow the posts, at least back then, didn’t seem to violate [Facebook’s] community standards. 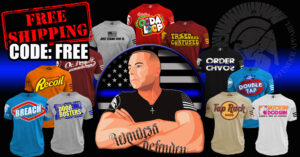 In addition to “Cop Block’s” insensitive posts that sadly most within the police profession have gotten quite used to, “Cop Block” worked tirelessly at driving their criminal-laden mob toward police pages that supported anything “cop.” One police page administrator we spoke with described “Cop Block” as “the queen bee of anti-police pages that would direct their blind soldiers to swarm, attack and kill anyone (or anything) that threatened their vile rhetoric against America’s super-heroes in blue.”

While most within our nation were able to see “Cop Block” for the police targeting page it sought out to be; its cult-like membership base dwarfed that of police support pages that too were fighting for space within the social media universe.

Despite having focused solely on “Cop Block” within this opinion piece, we would be remised if we didn’t mention that many pro-conservative pages were removed as well during Facebook’s most aggressive attempt to even the playing field after being accused of being pawns during the political chess game of the 2016 presidential elections.

While this may bode well for many, others see it as further evidence that Facebook has gotten too big for its britches as it continues to encroach on America’s First Amendment – our freedom of speech. And while millions argue whether Facebook has the right to throttle down a page’s membership reach solely because they [Faceboo] deems them to be politically motivated in nature, they indeed were able to exemplify that while anyone is free to say what they want, they aren’t free of the consequences that follow.