“The Redcoats are coming; the Redcoats are coming!” A term made famous by Paul Revere during his Lexington ride to warn patriots that an army was marching. While most (if not all) historians agree that Paul Revere rode from Boston to Concord to sound the alarm, they cannot agree on what Paul Revere said. Some argue that Revere said “the British are coming” which would not have made sense since many fighting against the Redcoats were British themselves. 240 years later, society still seems to hear what suits them most politically and then passes it onto others as ‘fact.’ 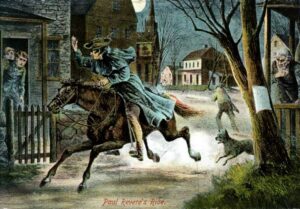 Recently, an ugly rumor has resurfaced and has been making its round through the social media-verse, and law enforcement officers are at the center of it – again. Much like Revere’s 1775 ride, differentiating between fact and fiction depends on who you ask and the answers you’ll get can be as complex as the Declaration of Independence itself.

The question often posed to the law enforcement profession, in general, goes like this: Would Law Enforcement Officers who are sworn to obey all lawful commands disarm law-abiding citizens if ordered? Without hesitation, most within the law enforcement community would (and do) answer “not no, but hell no!” Of course, this emphatic response doesn’t exemplify every officer’s belief (and officers would be foolish to say it does). While most law enforcement officers are considered conservative in their political stance, others are not. Regardless of which side of the aisle officers fall on, the belief held by most law-abiding citizens is that when officers become confronted with such a treasonous task, local, state and federal officials would lay down their badges and most notably, their lives in defense of our nation’s second amendment. Let’s not forget that most officers are gun-toting 2A aficionados themselves. Ask any officer, and they’ll tell you they’d be damned if they allowed anyone to disarm them. The issue is that some members of society do believe widespread civilian disarmament is imminent and that said falsehood is taking root. 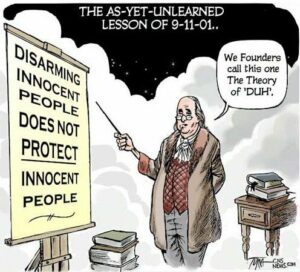 So, where did this rumor start? The source is clouded in mystery, but it’s believed to have gained strength during the Obama years where AR-15 prices soared, and the perceived militarization of police departments became as unpopular as gluten. Some still think that today’s US military is somehow prepping to ‘someday’ cooperate with law enforcement officials to repeal the second amendment, as winter-soldiers fill the streets. If the scenario sounds a bit Tarantino-esque, that’s because it is. 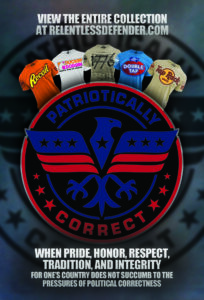 Get Your ReLEntless Gear by Clicking the Above Photo